In a series of blog posts, we briefly introduce our newly built production areas: SANDBLASTING ROOM

The newly built building, which is visible from afar, is almost completed. At the same time, intensive work has been going on inside the existing building for several months. Numerous adjustments are made here in order to make processes faster and more efficient. In the course of this adaptation, our existing sandblasting room also had to give way, was relocated locally and replaced by a new plant.

Professional metal pre-treatment is a basic requirement for flawless adhesion of PUR coatings. For the pre-treatment of bulky or heavy metal bodies (such as rollers and large components), we have already used a spacious sandblasting room in the past. In the course of adapting the processes, the sandblasting room had to be relocated, as our future logistics center is being built at the original location. A new location for a new sandblasting room, which is also optimized, was found in the former drum warehouse. With an innovative concept, a sandblasting room with a 6 x 3 meter area and modern system technology could be built. In this way, we also realize a work facilitation and noise reduction for our employees. 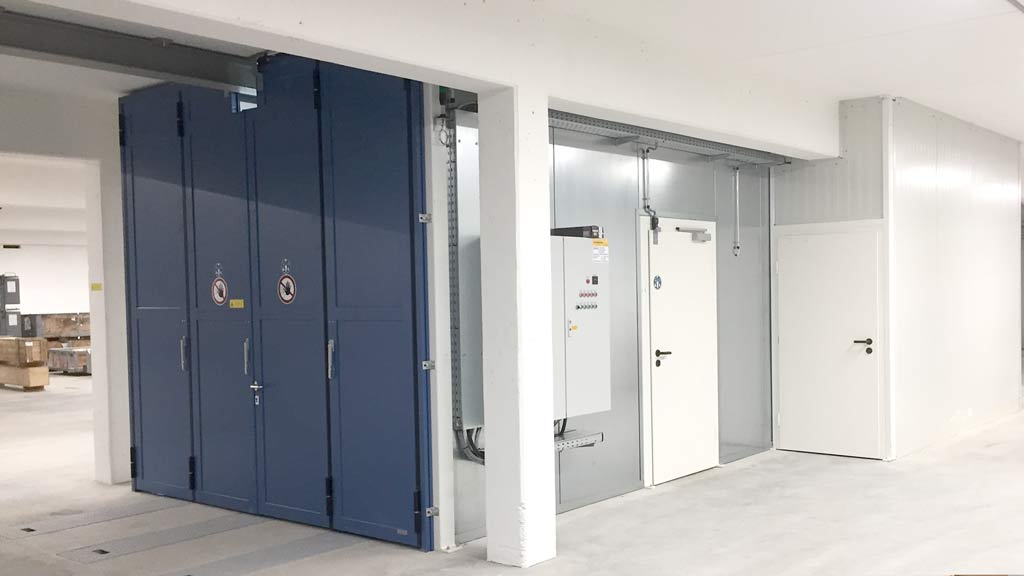 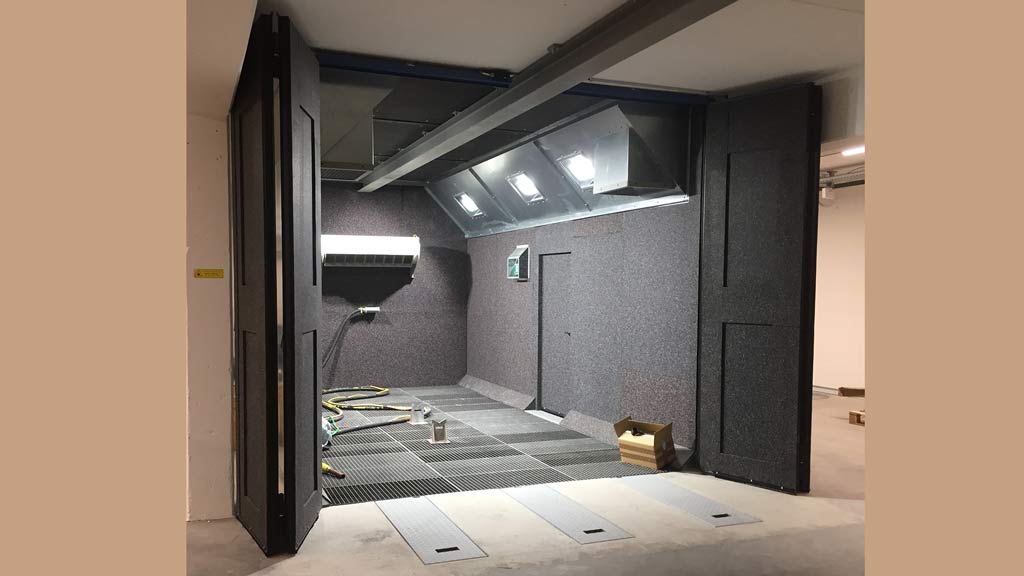